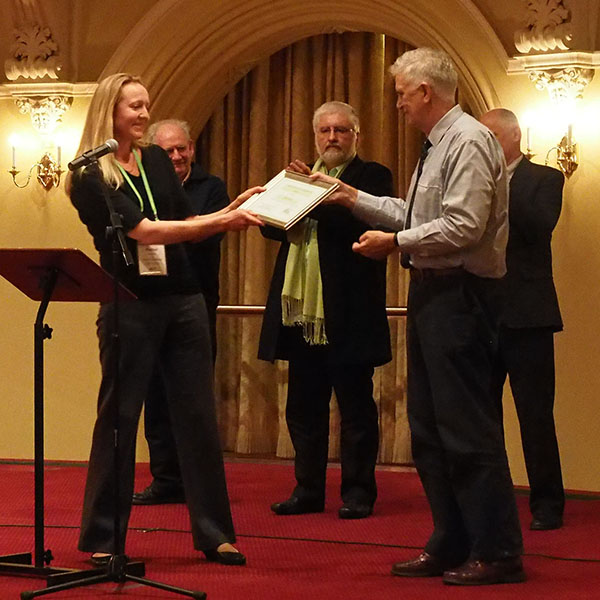 John Scott is presented with the 2016 CAWS Medal for Leadership. Photo: © Paul Yeoh

John Scott, an Honorary Fellow in the Ecosystem Change Ecology team, was awarded the 2016 Council of the Australasian Weeds Societies (CAWS) Medal for Leadership last night.

The CAWS Medal for Leadership is awarded for outstanding contributions to weed management in Australasia. This is a prestigious award with, on average, no more than two medals being awarded at each Australasian Weeds Conference.  The award recognises a contribution to the science, technology and practice of weed management through research, teaching, administration, extension and implementation of programs, which is:

John has had a distinguished career in the weed sciences, spanning over 35 years and three continents. His ability to have impact at the leading edge of weed research combined with a track record of on-ground outcomes through extension and program implementation has seen John nationally recognised as a leader in the ecology and management of invasive plants. John specialises in weeds that originated from around the Mediterranean basin and from southern Africa. He has particular interest in the use of biological control as a management tool and the potential impact of future climate change scenarios upon these invasive species.