New publication: the power of individuals (plants, that is) 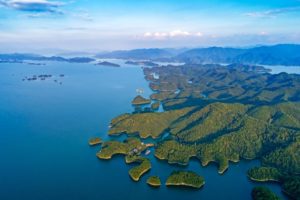 Looking for patterns in the morphological features of plants has been widely used to test ecological concepts at a range of spatial and temporal scales. For example, using variation in these traits to explain mechanisms underlining plant community responses to environmental change is becoming an increasingly popular focus. However, the vast majority of this work on trait ecology simply measures species-level trait means from a small subset of individuals, and use these to calculate ‘community-weighted trait-mean’ (CWM) values. This approach can be problematic if there is high variance or skewness in trait values among individuals within the same species, or if directional shifts in selection for individual-level traits along environmental gradients can run counter to species-level trait responses. In a new paper recently published in Ecography, we explored the potential pitfalls of a ‘species-mean’ approach by examining both within- and between-species variation in key plant traits. We found that a failure to consider the full extent of individual-level trait variation might lead to misleading conclusions on community-wide patterns along environmental gradients. 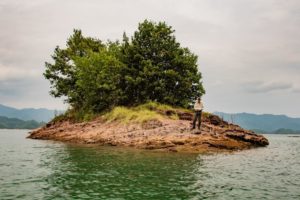 Our research was conducted across 20 islands in the Thousand Island Lake (or Qiandao Lake), eastern China. Thousand Island Lake was formed in 1959 as a reservoir after the construction of a hydroelectric station on the Xin’an river. The inundation of this hilly area created a lake covering an area of 581 km2, with more than 1000 islands created from former mountain tops. During dam construction, the forests in this area were clear-felled, but were then largely protected by law with little subsequent human disturbance during regrowth. Until recently, after more than 60 years of natural succession, around 90% of total island area is covered by secondary forest, with mainly Masson pine dominated canopy and broad-leaved woody plants in the understory. Forest patches on these islands represent an ideal system in which to study ‘edge effects’; the impact of forest fragmentation on community structure and function. This is because the islands have relatively ‘fixed’ edges, due to a constant water level and the surrounding landscape matrix (i.e., water) being the same around all islands. Thus, on islands in Thousand Island Lake, plants at forest edges have experienced relatively consistent selection regimes over the recent 60 years, providing us with a perfect and unique opportunity to study plant community trait shift patterns in response to edge effects in a fragmented landscape. 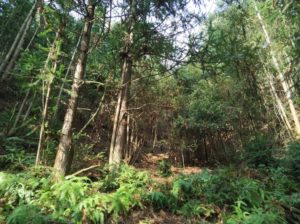 Forest view from the understorey on one of the larger islands. Photo: Shilu Zheng. 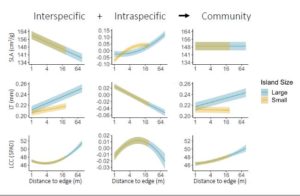 Our study has added weight to the emerging argument that for answering many ecological questions, it is important to consider both intra- and inter-species variation in traits. We were able to show that in order to obtain reliable patterns of community-wide response to environmental gradients, it is crucial to explicitly incorporate individual-level trait responses. While such an approach can quickly lead to logistical constraints or overwhelming sampling requirements, we recommend to adopt a stratified-random sampling of intraspecific trait variation spanning the full extent of relevant ecological gradients. With further understanding of trait variation from within individuals, to between individuals, to between species and to across ecosystems, our ability to use trait-based approaches to answer a wider range of ecological questions will only improve.

This story first appeared on the Ecography blog. Read more by downloading the original paper here.