In recent months we have had four of our postgraduates finish their theses across a diversity of research interests. 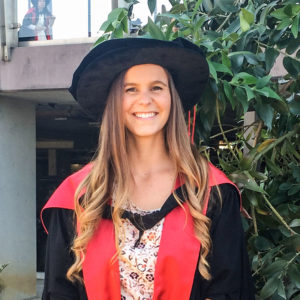 Tori Reynolds completed her PhD entitled “The role of wild pollinators to plant communities in highly fragmented agricultural landscapes” with the School of Biological Sciences at the University of Queensland and CSIRO Land and Water. Her research involved identifying the role of pollinators to native plant communities in highly fragmented agricultural landscapes of southwest Western Australia, assessing the abundance and composition of pollinators and their resource collection patterns in remnant wildflower communities and adjacent co-flowering canola fields. Tori also measured pollen limitation in native plants and use DNA meta-barcoding techniques to advance understanding of the network of pollination interactions occurring across large-scale agricultural landscapes. Tori was supervised by Margie Mayfield, Saul Cunningham, Romina Rader and Bruce Webber.  Tori went on to secure a postdoctoral position with Berry Brosi at Emory University in the USA. 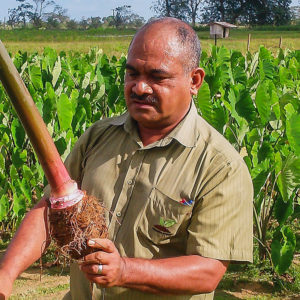 Poasa Nauluvula completed his PhD for entitled “Growth, physiology and nutritional value of cassava in Fiji for adaptation solutions to a changing climate”, completed with the University of the South Pacific and CSIRO Land and Water.  His research focused on the growth and development of cassava in response to climatic drivers and how this novel understanding can inform our ability to improve food security in the Pacific in a rapidly changing climate. This research is likely to make a significant contribution to the understanding of root crop agronomy not only for Pacific nations, but to the many other countries worldwide that have cassava as a staple component of their diet. Poasa was supervised by Bruce Webber, Anjeela Jokhan and Ros Gleadow.  Poasa continued on in his role as an Agricultural Advisor for the Secretariat of the Pacific Community (SPC). 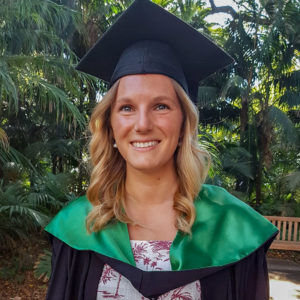 Caitlin Nagle completed her MSc entitled “Response of herpetofauna to continued habitat degradation on the island of Nosy Komba, Madagascar” with the School of Biological Sciences at the University of Western Australia and CSIRO Land and Water. Her research focused on the sensitivity of reptiles and amphibians to continued habitat degradation on the island of Nosy Komba, Madagascar, utilising three years of data from a range of forest and plantation habitats spanning a degradation gradient. By assessing change in species richness, abundance and community assemblage as a result of habitat degradation, Caitlin identified habitats that may be at an increased risk of, or have already undergone, biodiversity loss, thereby determining the level of degradation that can be withstood by reptiles and amphibians. With so much of Madagascar’s natural vegetation already gone, understanding the value of degraded habitats will help to optimise management to conserve what biodiversity remains. Caitlin was supervised by Raphael Didham and Jane Prince. Caitlin went on to work as a zoologist in the environmental consultancy industry in Western Australia. 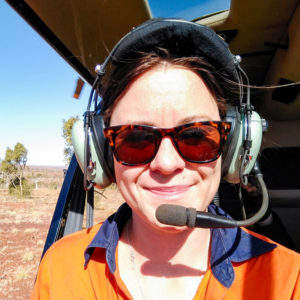 Shenade Findlay completed her MSc entitled “Characterising the climatic regeneration niche of stinking passionflower (Passiflora foetida) with the School of Biological Sciences at the University of Western Australia and CSIRO Land and Water. Her research involved characterising the climatic regeneration niche of stinking passionflower (Passiflora foetida), exploring how climate constrains and limits the growth of this weed in its early life stages.  Shenade used climate controlled growth chambers to understand how air temperature and soil moisture interact to shape germination and establishment, and to explore whether populations distributed across northern Australia show signs of local adaptation in their climatic requirements. Shenade was supervised by Bruce Webber and Raphael Didham.  Shenade went on to secure a position as an environmental scientist with Phoenix Environmental Services.

It is a credit to their hard work and determination that they have all gone on to quickly secure jobs that build on the expertise they gained with the team.  We wish them all the very best for their future careers.

Previous post:
Publications: a summary of 10 years of publishing
Coming up next:
The New Guinea checklist: a botanical distillation of the last unknown